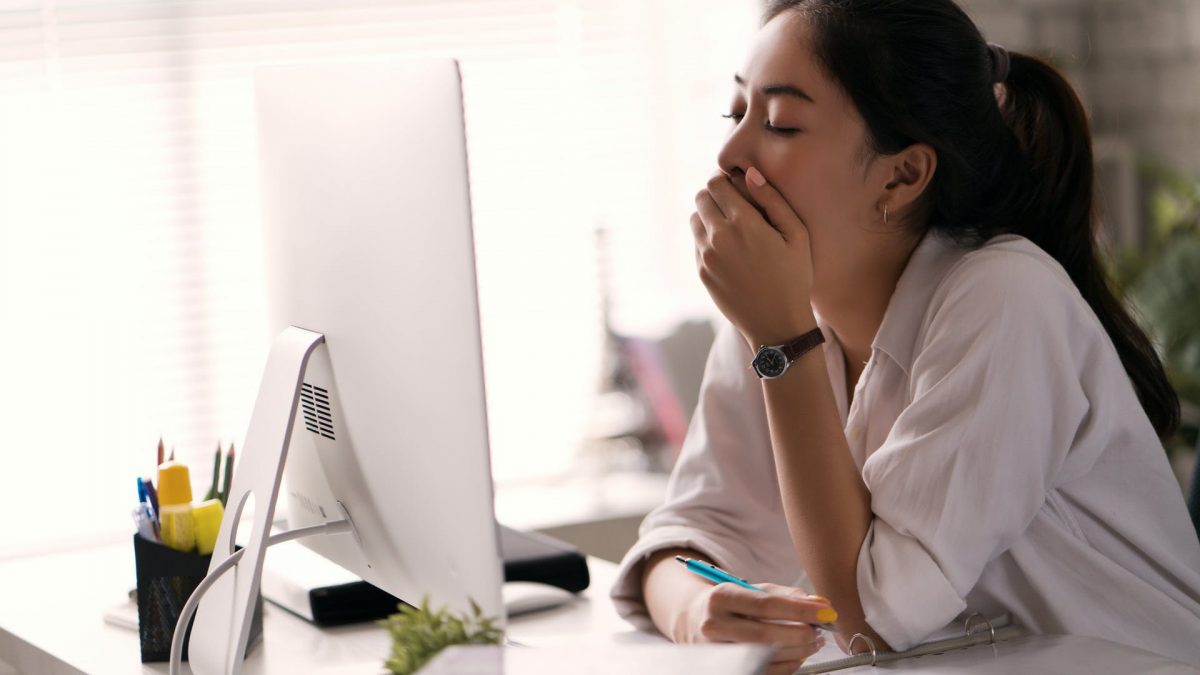 The brain cannot function without oxygen. None of the body’s systems can function without oxygen, but the brain is particularly sensitive to lack of oxygen. The most common cause of daytime sleepiness is prolonged stay indoors. Often, from October to April, the windows in the house almost do not open. In this case, oxygen starvation will become chronic.

Make it a rule to ventilate the room at least twice a day, half an hour in the morning and half an hour before bedtime. If you smoke, try to reduce the number of cigarettes. Nicotine causes vasospasm, including in the brain. About a third of smokers complain of lack of energy.

Snoring causes apnea – a short-term cessation of breathing during sleep. The brain, feeling that something is wrong, urgently signals to wake up, the person begins to breathe normally again. Such micro-awakenings can be very frequent, up to hundreds in one night. But the next morning you will forget that you woke up at night. But this intermittent sleep will not give you rest, because in fact you almost did not sleep.

Awakening does not allow you to be in a phase of deep sleep, during which all body systems are restored. Sleep deprivation can cause not only daytime sleepiness but also heart and vascular problems.

Doctors say that about 80% of people who are constantly experimenting with diets do not need to lose weight. Such diets are deficient in protein, complex carbohydrates and vitamins (most of which are not found in vegetables, but many in meat, dairy products and oils). As a result, the brain and muscles lack energy. Low blood sugar and lack of protein foods lead to frustration, irritability, tearfulness and daytime sleepiness.

Drowsiness during the day is one of the main symptoms of anemia. There may also be a fast heartbeat and shortness of breath, a lump in the throat and difficulty swallowing. In order for iron levels to be normal, you need to be examined regularly.

Contrary to myths, depression is not always expressed by the desire to lie on the couch, hug a cat and read sad poems. In the early stages (and in many people throughout the disease), depression is manifested not by a decrease in mood, but by cognitive and somatic disorders. One of these symptoms is daytime sleepiness. Only a specialist will help to overcome this condition.

This is called a decrease in the activity of the thyroid gland, which slows down metabolism and a person develops daytime drowsiness. Only a doctor can diagnose hypothyroidism. Be sure to see a doctor if, in addition to drowsiness, you notice weight gain and a tendency to mood swings.

In any case, if you often experience drowsiness, take Armod or Waklert. These medications are an indirect dopamine receptor agonist that prevent the reuptake of this type of neurotransmitter by increasing its presence in the brain. This increases your wakefulness, clarity of thinking, and concentration which allows you to tackle and accomplish your tasks much more easily.